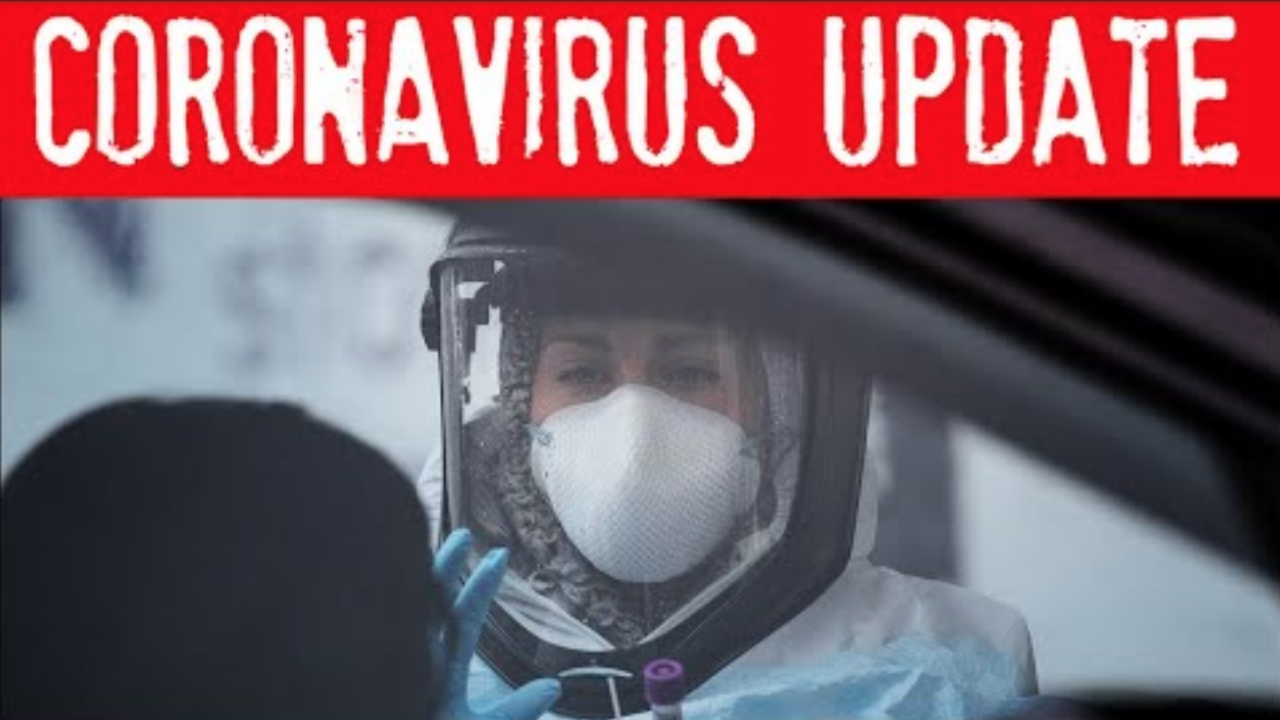 Glenn gives the latest coronavirus numbers, updating YOU on everything needed to know as Americans and officials monitor China's new COVID-19 virus:

Total Confirmed Deaths Worldwide: 19,603 (up from 17,138 Yesterday) Total Confirmed Recovered Worldwide: 111,853 (up from 102,850 Yesterday)All 195 Countries On Earth have confirmed cases Antarctica (not a country) Still No Confirmed Cases. Penguins officially confirmed to NOT be carriers for COVID-19.4% of Active Cases are considered serious (requiring hospitalization) down from 5% Yesterday, and down from 19% in FebruaryNote that 13% of US Confirmed Cases do currently require Hospitalization, but that number is expected to drop toward the international average as more people are diagnosed through testing.US has 54,941 Confirmed cases and 784 Deaths, up from 46,168 cases and 582 Deaths yesterdayUS has 379 total officially recovered, against 784 official deaths. Again, US numbers are expected to normalize toward international averages as more mild cases are diagnosed.

LA County Sherrif Orders Gun Stores Closed https://www.foxla.com/news/la-county-sheriff-orders-gun-stores-to-close-adds-1300-deputies-to-patrolLos Angeles County Sheriff Alex Villanueva declared gun stores as nonessential businesses that will be forced to close.The Sherrif also confirmed that he's released 1,700 nonviolent inmates from county jails.Villanueva also said he's adding 1,300 deputies to patrol.America Loses 500,000 Millionaires to COVID-19 - Bernie Sanders Elated https://www.msn.com/en-us/finance/markets/america-e2-80-99s-millionaire-ranks-shrink-by-500000-in-record-time/ar-BB11DrqNAt the close of 2019, there were an unprecedented 11 million American millionaires, a reflection of the longest bull market in history thanks to ultra-low interest rates and tax cuts.Fast forward just a few months and it's a starkly different picture. The number of households in the U.S. above that threshold has dropped by at least 500,000 as of Friday, according to research firm Spectrem Group.The tandem financial and health crises wrought by COVID-19 have disproportionately eroded the fortunes of the wealthy, who are more likely to own equities than the overall population. At the end of 2019, the top 1% of households owned 53.5% of equities and mutual fund shares, according to Federal Reserve statistics.The losses affected the rich at every level, from the mass affluent to those worth more than $25 million, according to the report. The wealth destruction at the very top has been especially steep, with the top 1% of households losing over $7.9 Trillion in wealth so far in 2020.50% of Americans Living Under Shelter In Place or Home Quarantine Orders https://www.washingtonexaminer.com/news/more-than-half-of-us-population-will-be-under-orders-to-stay-home-by-midweekThe majority of the public will be ordered to stay home in the coming days as the coronavirus pandemic sweeps the nation.A total of 13 states and at least 16 municipalities have enacted measures to keep residents inside their homes to prevent the spread of the virus, according to CNN. That number, which amounts to 148,577,262 people, or 45% of the population, is expected to grow this week as five more states and nine more municipalities institute additional measures.After the new orders go into effect, a total of 176,385,537 people, or 54% of the population, will be asked to stay home.Many states and cities have not named a specific date, although some, such as LA County and the State of New York, have identified April 19th as the target 'end' of the at-home quarantine orders.Uniformed Military Personnel Set Up Make-shift Morgue Outside NYC Hospital https://nypost.com/2020/03/24/makeshift-morgue-for-coronavirus-victims-set-up-outside-nyc-hospital/In a scene reminiscent of Hollywood disaster movies (and more recently China, Italy and Spain), US Military personnel have set up a tent-based morgue outside of Bellvue Hospital in NYC.Two refrigerated trailers were trucked to the site at 30th Street and the FDR Drive, along with a customized RV with a printed sign labeled: "MOBILE COMMAND CENTER — MEDICAL EXAMINER."A team of men wearing camouflage fatigues and face masks set up a series of white tents that form a tunnel to a larger, white tent.Other men wearing jackets that identified them as members of the NYPD and the city's Office of the Chief Medical Examiner were also at the scene.A source familiar with the operation said that additional refrigerated trailers would be brought to the site and that similar set-ups would be built up outside other hospitals."The plan is for them to be there and throughout the city," the source said, with as many as 6 temporary morgue locations near hospitals in New York City.UV Rays Proven to Destroy SARS-Cov-2 Virus https://www.accuweather.com/en/health-wellness/what-infection-rates-in-iceland-and-australia-may-reveal-about-how-covid-19-could-spread-in-the-us/707057The infection rate for COVID-19 is 22 times higher in Iceland as compared to Australia.The research comes as scientists in Hong Kong demonstrate that SARS-CoV-2, the virus responsible for COVID-19, is easily destroyed with UV light, just like all other known Coronaviruses. "Direct exposure to UV light breaks down the membrane that houses the RNA of the virus," Dr Lon Kiang, lead researcher of the study said. Without the membrane, the virus cannot attach itself to healthy cells in the human body."This was expected, but is still certainly good news," he said.Researchers said the findings may indicate that the virus will have a harder time spreading during warmer summer months, when more UV light strikes surfaces, including clothing and human skin, which may contain viral particles. Scientists warned against directly and intentionally exposing skin to UV lights, which can cause burns and carries other risks, such as Cancer.