RUSH: Mary Jo in Grand Rapids, Michigan. You're first today, and it's great to have you. Hi.

CALLER: Hi, Rush. Thank you for having me. First of all, I want to tell you that I and my family have been praying for you. And when I first heard the news I felt like I'd been socked in the gut, but I'm just so encouraged every day when I hear your voice on the radio, and I'm so thankful for it.

RUSH: Thank you very much.

CALLER: I'm calling to say that four years ago I called you to say that for the first time since I turned 18 I was not going to vote for president. I could not vote for Trump. I thought he lacked character, I believed he lacked principle, and I truly believed there was no way to trust a man who had recently changed so many political positions on so many issues shortly before running for president.

RUSH: Yeah. I agree. They never have been conservatives.

CALLER: They never have. And the thing is, even liberal Never Trumpers, like you said, are changing their mind as they see what's happening. And if anybody loves this country and has any understanding and appreciation of its foundation, there is no way they could vote for Joe Biden and Kamala Harris.

CALLER: Absolutely. And you pointed out that so well yesterday. It's not a man. It's not a woman.

CALLER: It's a whole group. And it's a whole ideology. It's not a person.

RUSH: So, Mary Jo, what changed your mind? Obviously you had negatives on top of negatives about Trump; so it had to be something about the Democrats that has caused you to do the -- maybe -- I don't want to put words in your mouth. Maybe you've had a new, different appreciation for Trump given all the variables that are part of the mix now?

CALLER: I do. He really proved himself on the pro-life issue. I think he was so strong. I really appreciate the things he said about people being made in the image of God, the Creator, and I appreciate what he's done for our economy. Anybody with any brains has to see that he's done a great deal, and even in the midst of all that's happened with this COVID-19. He's done a great job. I really come to appreciate him by watching him and seeing what he does. I don't appreciate his Twitter rants. There's a lot of things he says off the cuff that I think, "Oh, stop and think a little bit before you speak." But I think he's exactly what the country needed. God put him there.

RUSH: He was asked about that at this ABC town hall -- by the way, we're gonna have some tape of that coming up here. It was not a bunch of undecideds. It was a bunch of people that hate Trump that ABC had in there.

RUSH: And he was asked about this, "You know, you don't act presidential." Trump said: I got more important things. I got problems I gotta solve. I got serious things that I have to fix that can't be fixed if all I'm gonna do is act presidential. You know, there are things more important -- and he eventually said, go back and look at the people that acted presidential all of their presidencies and look at what they got done, and it isn't gonna be much. But they were respected. 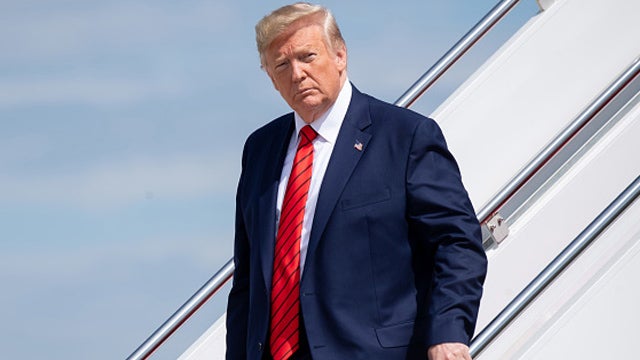 Now, something else out there. I want to make an observation to you, folks. You know, one of the criticisms for 32 years about this program is that the people in this audience are a bunch of mind-numbed robots and they don't know what to think until I tell 'em. And they don't know how to vote until I tell them. This has been a 32-year insulting criticism of the people in this audience.

Did you hear what she said? She listened to this program, she listened to me for decades, then Trump came along. I support Trump. I'm all-in for Trump. She didn't want Trump, she didn't vote for Trump, and she turned this show off for two years. And then she kept paying attention, and after a while she figured out that the real threat to this country is the American left and its home base, the Democrat Party.

So now she's all-in on Trump. Not because I told her to be. Not because I influenced her in any way, although I'm sure I did to a certain extent. But she came to her own conclusion about it. So I have said, the people in this audience are among the most politically informed and aware and sophisticated in this country.