RUSH: This is such an indication of how one of the greatest cultures, one of the greatest forces for good in American culture, American society is being ripped to shreds. This is an actual headline, NBC News, authored by a Ph.D., guy named Thomas D. Williams, PhD: "Heterosexuality is Just Not Working." For women, I should add. 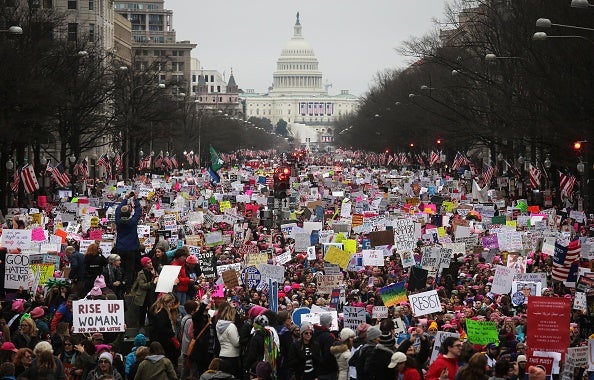 Wait a minute, though, I thought homosexuality was not a choice. Now, I've always known that that was drivel because of the women who, for whatever reason later in life, choose to become lesbians. They're fed up with men, they're unhappy with men, too many men have mistreated 'em, whatever. But the stories are numerous of women later in life who choose other women. “But, but, but, Rush, no, homosexuality is not something that’s chosen.”

Marcie Bianco writing for the NBC News website says, "Men need heterosexuality to maintain their societal dominance over women. Women, on the other hand, are increasingly realizing not only that they don’t need heterosexuality, but that it also is often the bedrock of their global oppression.”

How many of you are spending thousands of dollars a year or semester to send your young daughters and sons off to universities that are teaching this rotgut? Caucasian whiteness is the home of oppression. Heterosexuality, which we're told is not chosen, it's just who you are, that's what homosexuality crowd has always told us. Now heterosexuality is a form of male dominance and oppression?

“Ms. Bianco lumps together a series of recent news stories, ‘from Jeffrey Epstein to the Dayton and El Paso mass shooters, to Miley Cyrus’s separation and Julianne Hough’s declaration that she’s ‘not straight,’ which, she says, ‘together have laid bare the strictures of an American patriarchy on the edge of a nervous breakdown. As the status quo, heterosexuality is just not working,’ she concludes, before explaining just how evil men are and how women are learning to live without them.

“As a snapshot of 2019 America, these stories present a startling picture: Men continue to coerce, harass, rape and kill girls and women — and go to extreme lengths to avoid responsibility for their actions. On the other side of the issue, girls and women are challenging heterosexuality, and even absconding from it altogether. Patriarchy is at its most potent when oppression doesn’t feel like oppression, or when it is packaged in terms of biology, religion, or basic social needs like security comfort, acceptance and success.”

“'Heterosexuality offers women all these things as selling points to their consensual subjection. Historically, women have been conditioned to believe that heterosexuality is natural or innate, just as they have been conditioned to believe that their main purpose is to make babies — and if they fail to do so, they are condemned as not ‘real,’ or as bad, women.'

“A series of new role models are emerging, she suggests, whose lives and choices — as dysfunctional as they may appear to the general public — are teaching women how to take back power from men.” 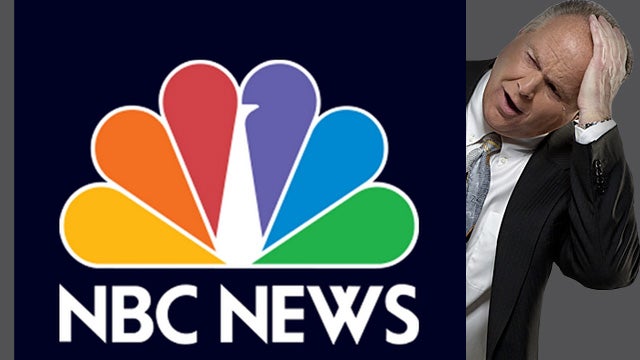 Okay. So this lunatic, this bilge, this drivel is actually published on the NBC News website, which gives it credence, which gives it validity. And all it is is the result -- I don't know who this author is, never heard of her before, but I guarantee you she's a product of women's studies. I'll guarantee you that there is a history of sadness and disappointment in her life and she has been told and conditioned that men are the reason for all of it. She has been taught and has fallen all-in on the idea to hate men.

That's what feminism has become, folks. Feminism has become hating men. But women have an escape now. They can abscond from heterosexuality, which is gonna come as a real shock to the militant gay crowd, which has been telling us for years like, hey, Mayor Pete said, you think I would have actually chosen this? I couldn't believe he said it, by the way, when he did. But he did say, you think I woulda chosen this? He meant the grief and the discrimination and all that.

This is the kind of thing 25 years ago these stories would appear, and we'd laugh about it. We would create hysterical satires and parodies on the premise that nobody would ever really believe any of it. Now here we are, and it becomes a serious offering on the NBC News website.

RUSH: Well, no, it's not that hard. I mean, if want to think about it at a base element, it really would not be all that hard to dump heterosexuality. Go out there replace what you lose with a toy. Epstein had a bunch of 'em, I’m sure.

RUSH: Here is Antoinette in Greensboro, North Carolina, as we head back to the phones on open even. Hi.

CALLER: Hi. Thank you for taking my call, Rush.

RUSH: I'm gonna miss everybody here, too, but they're sitting me down.

RUSH: They want to avoid injury, overworking the brain on a worthless, irrelevant week.

CALLER: No, no, no. We gotta get you fresh and ready to go, man.

CALLER: So I just wanted to say, the articles that they put out there on women like the one you just read earlier, they're wrong. I think that articles like that primarily appeal to women who are actually insecure in the first place, whether they realize it or not. And, to me, one thing that I firmly believe is that men and women are created to be equal but different, but different -- and those differences were meant to complement each other, not compete. I don't have to put a man down or do the things they do to show my strengths. I know my strengths as a woman; I'm glad for them.

RUSH: No. But see, you're not getting it. Everything that disappoints you in life, every problem you've ever had --

CALLER: Is my own fault.

RUSH: -- every bout of sadness is because of white men.

RUSH: -- and patriarchy, and therefore you should just abandon heterosexuality and become a lesbo.

CALLER: Ha-ha! That will be the day. Nope. I think those issues and the things that have happened are and whereof my own mistakes and my own bad decisions.

RUSH: Well, obviously! But this is the NBC News website. Do you realize how many young women are gonna be reading this?

RUSH: Hang on. I misjudged the clock by one hour. Can you hang on through the break?