RUSH: I haven't heard this. Grab sound bite number 10. I've had emails, "Have you heard the Dell Blasio video?" I said, "Dell Blasio? Who's 'Dell Blasio'?" "Oh, de Blasio. Have you heard the video?" I said, "No, I haven't seen it. I don't watch videos." You know, this is... I hate to do this, folks, because I know many of you people want me to be in the cultural avant-garde. But I just... I have never gotten into it. They take too long. I have people saying, "You've gotta watch this video!" I don't know what it is. I don't like net videos. I don't watch YouTube.

I just don't do it. Some of it is hearing related. But there's captioning on a lot of these things now so that's not an excuse. It's I'd just rather read it. I guess I don't believe this whole concept of YouTube "stars" anyway. But, at any rate, I don't listen. If somebody on the staff here produces an audio sound bite of a YouTube video or any other video, then I'll see it/hear it that way. So somebody said (sputtering), "You've got... you've got ... you've got to hear this 'Dell' Blasio video!" I said, "Why? Why do I have to watch the 'Dell' Blasio video? 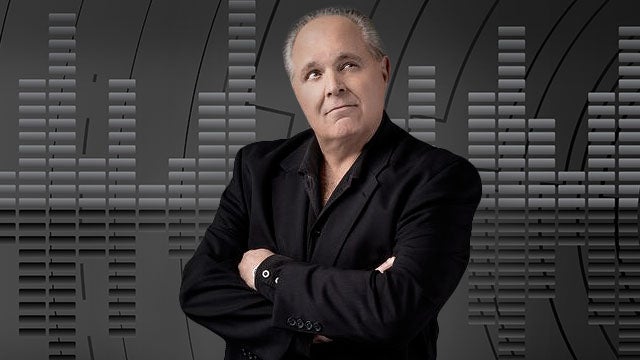 "I don't want to read what this guy says! I don't want to watch this guy say anything. Why should I watch?" "Because it's funny." I said, "Okay." So it's on the sound bite roster here. It was yesterday in Altoona, Iowa, at the AFL-CIO of Iowa labor conference. New York City mayor Bill Dell Blasio (which is what the email I arrived describing this said), spoke via a live-streamed video feed and during his remarks there was an audio glitch. A-ha! So here it is...

RUSH: That's not a glitch.

DELL BLASIO: -- but this New Yorker volunteers to get rid of him for you.

RUSH: That's not a glitch, and it's not even chipmunk. Somebody just hit the 1.5 or 2-time speed X thing so it wouldn't take as much time to listen to it, which I totally support. Anything to speed this guy up and limit the amount of time you're exposed to him, I'm in favor of. (big sigh) Look, I realize that sometimes people think that I'm mad when I'm just merely expressive. I don't really hate YouTube videos. 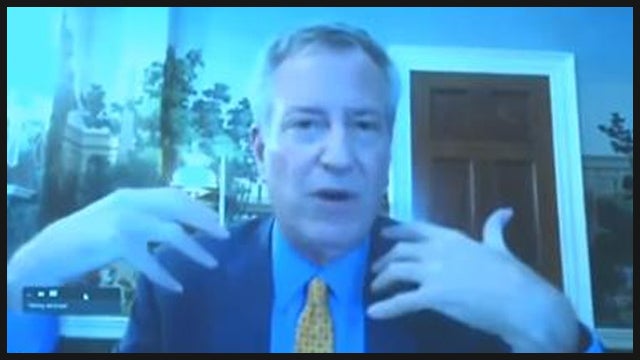 You know what I hate is I've told you countless people, "I don't want them," and they still send them. That's really what I'm reacting to here. Is there some law says I have to like videos? Is there some rule says, as a media guy, I have to watch videos? Especially if they're Twitter or Facebook, I'm never gonna see 'em. "Rush, how can you do your show prep without it?" Do you think I'm having any trouble with show prep, folks? Does anybody really want to claim this show is behind the scoop?

RUSH: No and I got another email. "Rush, you're really making yourself sound really odd with this energy you're putting behind the fact you don't like video." Okay, let me explain it. I'll try another time. Another way. Can you understand that I can read faster and comprehend faster than most people can talk? It slows me down watching videos. Somebody sends me a seven-minute video and 30 seconds of it is the meat. But I don't know which 30 seconds. So I've got to sit there listening and watching seven minutes of stuff to find the gem in there, 'cause nobody's gonna take the time to edit it for me.

"Rush, you gotta see this video!" "What's in it?" Oh, wow! Wait tell you hear what Dell Blasio said." "Okay." The video comes in. It's three minutes. "What am I looking for here?" "Just watch it!" "I don't have time!" Unless the whole thing is the gem, which it never is. Try this. You wouldn't believe this. Talk about YouTube stars? I have people send me links to videos. "Rush, you gotta see a video of the new iPhone." "Really, there's a video of the new?" "Yeah!" You know what it is? It's some locoweed unboxing it.

Three minutes of this to unbox... (interruption) Well, one time I did. I got sucked in. "Rush, you gotta see! It's a new iPhone." It wasn't a new iPhone. It was, but it was a ceremonial unboxing. What happens to the box? It goes to the trash. Look, I understand the thrill of opening a box 'cause what you want's inside the thing. But three minutes, with editorial comments thrown in? I'm sorry. It's a time thing, I guess. The bottom line is that I think I can read and comprehend faster than most people can talk.